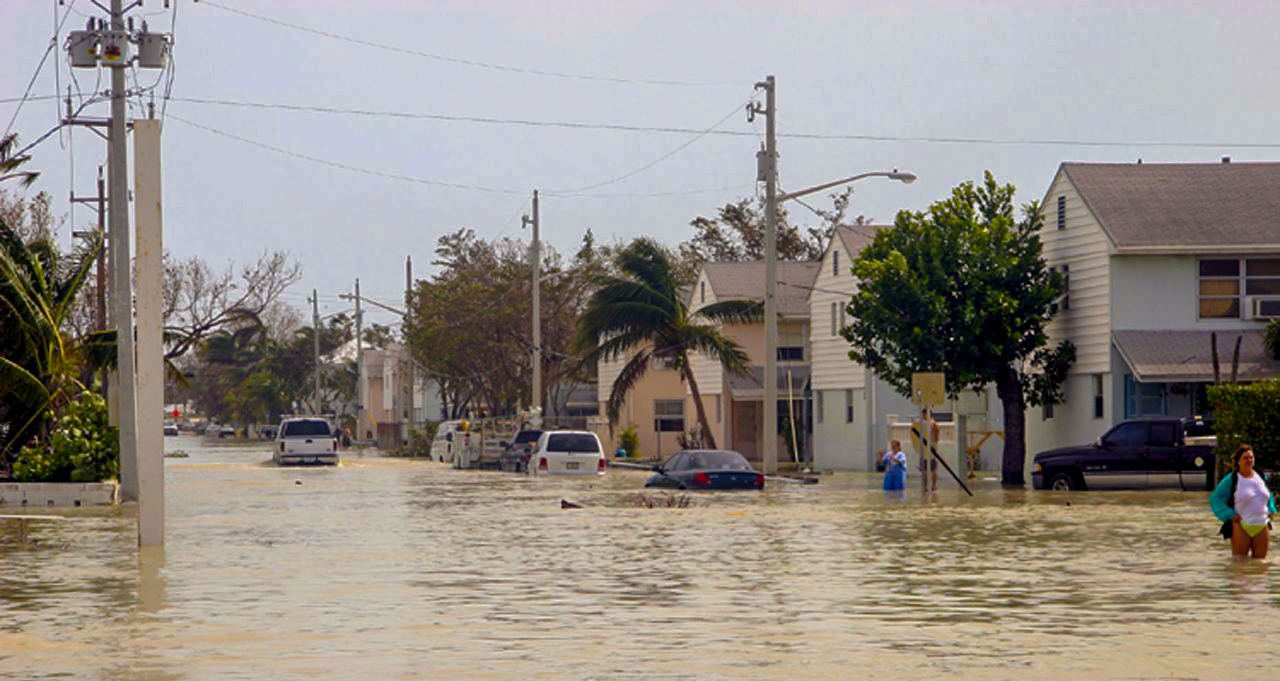 Flooding in Key West during Hurricane Wilma in 2005.

The National Flood Insurance Program (NFIP) provides affordable flood insurance. Congress must reauthorize the federal program every 5 years. Each reauthorization presents an opportunity for Congress to make changes or reforms to the program, or even decide whether or not to continue the program.

Monroe County has made the reauthorization of NFIP in a manner that protects the program’s affordability and accessibility to property owners a top federal legislative priority.

As a coastal community, Monroe County is highly reliant upon the continuation of the NFIP program and its affordability. Unaffordable flood insurance hurts our property owners, property values, local tax revenue, and economic activity.

The State of Florida is the most impacted by changes to NFIP, with 1.7 million of the program's 5 million policies. Monroe County has 30,268 policyholders, with more than $7 billion in insured value.

Monroe County opposes the 21st Century Flood Reform Act and any other legislation that would be detrimental to policyholders and local governments because it: 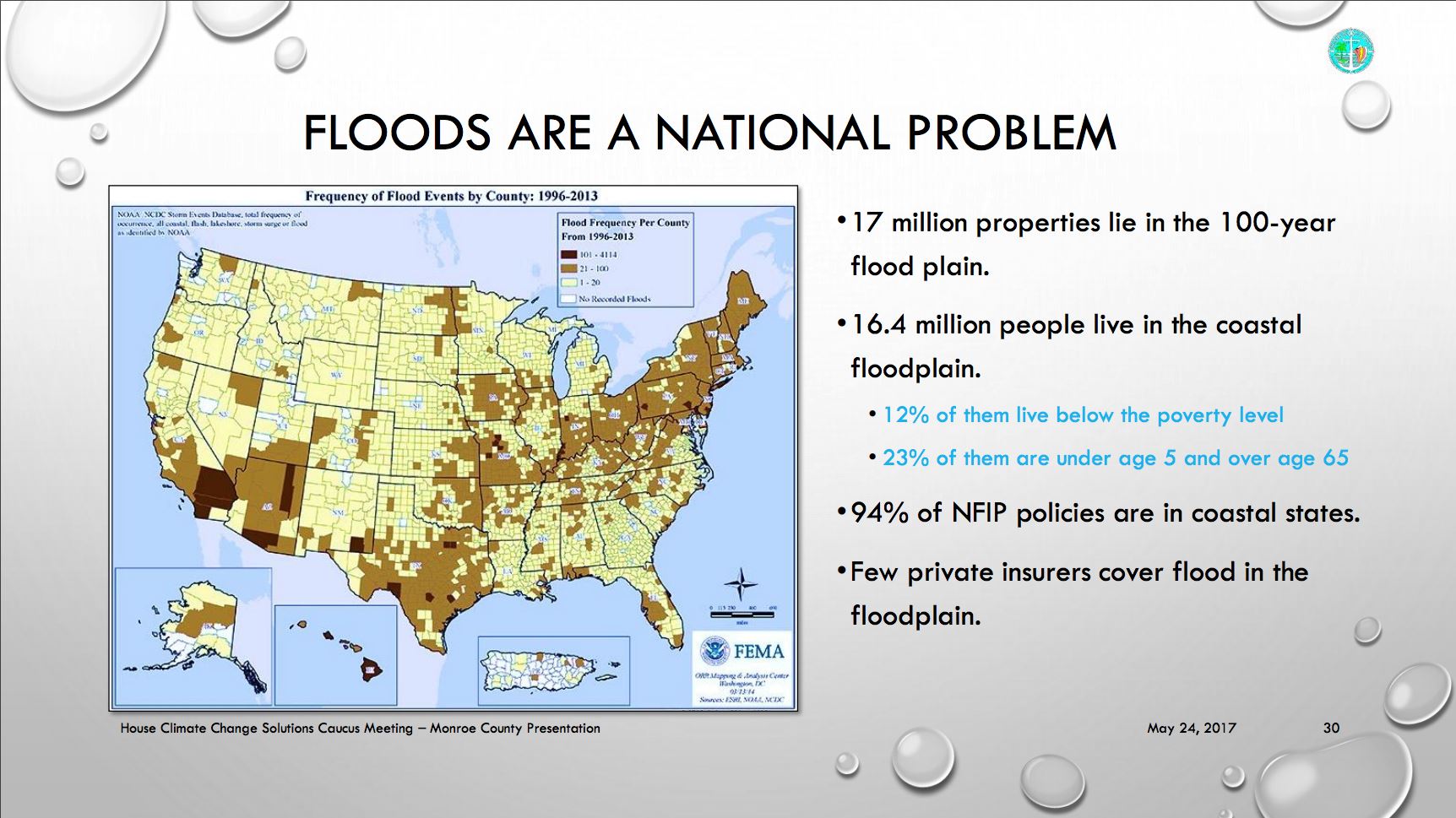 The last reauthorization of NFIP in 2012 introduced the “Biggert-Waters” reforms (BW), which raised premiums significantly and phased out coverage for many. Monroe County saw specific examples of premiums increasing 10 times under the BW reforms.

The reform was repealed and replaced with the Homeowner Flood Insurance Affordability Act (HFIAA) in 2014. This Act reversed the most harmful provisions of BW and put in place a glide path for gradual premium increases. Notwithstanding HFIAA’s reprieve, policyholders will continue to absorb year-over-year premium increases with certain subsidized risk classifications exposed to continuous increases until premiums reach a rate NIFP determines to be actuarially-based.

If NFIP implements rate increases at the top of the glide path (18 percent), affordability will rapidly become a substantial concern. HFIAA also did not protect business property and second homes, which face a 25 percent year-over-year premium increases.

It is critically important during the current reauthorization that we stay actively engaged in the legislative process, closely monitoring congressional activity and proposed legislative changes - and advocating for preserving affordable premiums and protecting the program.

Monroe is providing leadership to the Florida Association of Counties’ federal committee on NFIP, and working with FAC on outreach to the Florida delegation.