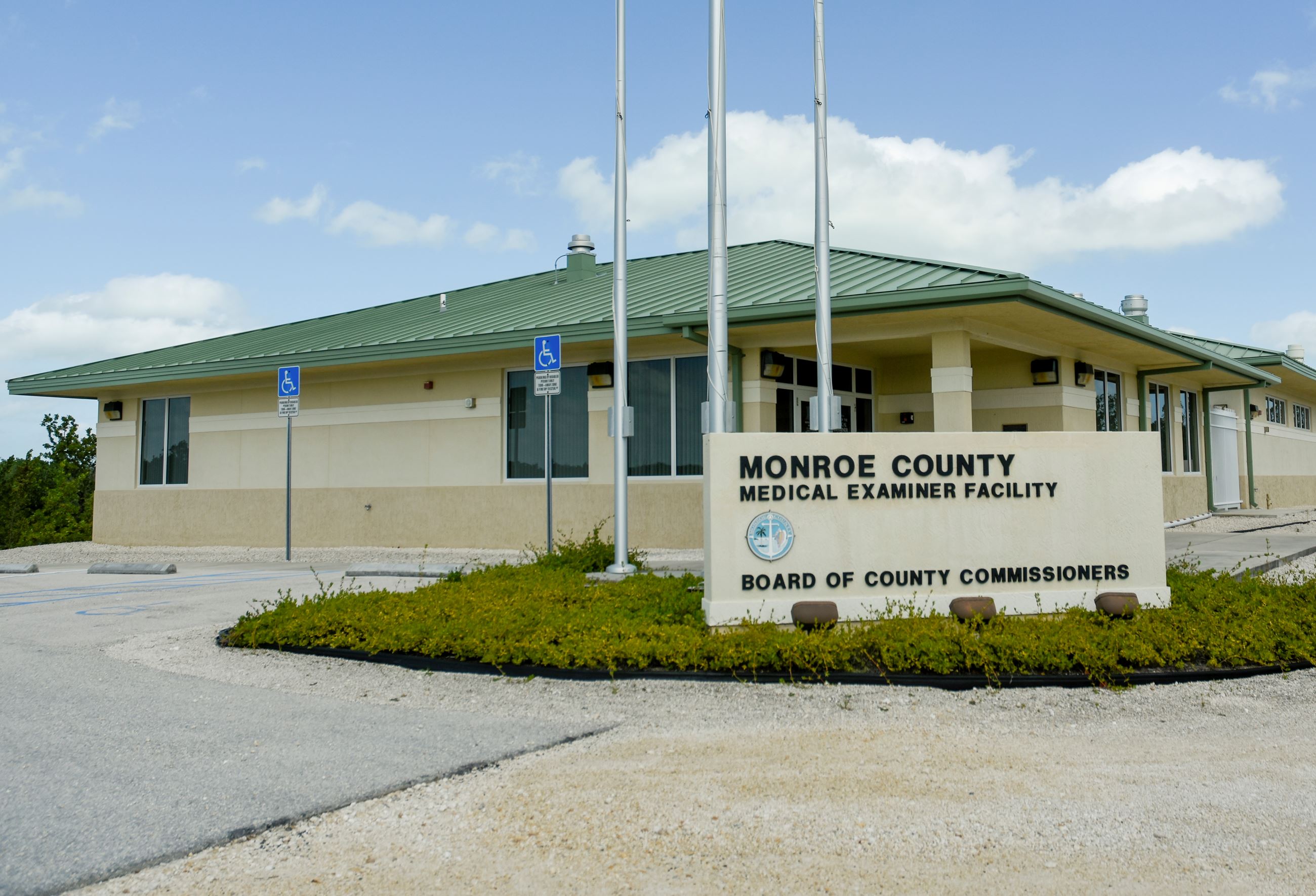 In 1970, the State of Florida enacted Florida Statute 406, which establishes a statewide Medical Examiner System of death investigation. The state is divided into 25 "Districts.” The Governor appoints a medical examiner to each district for three-year terms. A commission of gubernatorial appointees provides oversight.

The system was designed to correlate in most part with the state judicial districts. Thus the Monroe County Medical Examiner Office corresponds with the 16th judicial district. You can learn more about the statewide system by visiting:

By statute, the medical examiner determines cause and manner of death of a human being under the following circumstances: criminal violence; accident; suicide; a person in good health dies suddenly; unattended by a practicing physician or other recognized practitioner; in a prison or penal institution; in police custody; suspicious or unusual circumstance; criminal abortion; poison; a disease that threatens public health; and employment-related disease, injury or toxic agent.

The medical examiner also determines cause and manner of death when a dead body is brought into the state without proper medical certification; when the body is to be cremated, dissected or buried at sea; and when requested by the District Attorney.

To do so, the medical examiner’s primary tool is the autopsy, which is a post mortem examination. During an autopsy, the body is examined externally and internally in a systematic way. All organs are examined and biopsied. Fluids and tissues are obtained for laboratory testing. Everything is documented in a "case file,” with photographs taken at all stages of the process. When an investigation is complete, a death certificate listing the cause and manner of death is filed with the Department of Vital Records for the State of Florida.

The Medical Examiner Department does not issue copies of death certificates. Persons needing to obtain a copy of a death certificate need to contact the Funeral Home or Crematory that made the arrangements or the Monroe County Health Department – Bureau of Vital Records as follows:

In 2008, Monroe County built a state-of-the-art Medical Examiners facility on Grassy Key. The facility consists of two buildings separated by a breezeway. One building functions as office space and the other as the laboratory. In the administration building, we store records and conduct the daily business of the medical examiner. In the laboratory building, we store bodies and perform examinations and testing.

In 2017, the Medical Examiners’ Office investigated 17 storm-related deaths due to Hurricane Irma.