Tornadoes can form with little to no warning and it is important that every individual is prepared for such an event. When a tornado is imminent, there is only a short amount of time to act. Advance planning and quick response are the keys to surviving a tornado.

When Tornadoes are Likely to Strike

Florida tornado climatology shows us that strong to violent tornadoes are just as likely to occur after midnight as they are in the afternoon. This unique feature makes these tornadoes more dangerous because most people are asleep after midnight and cannot receive weather warnings relayed by commercial radio or television stations.

The solution to this is to have a NOAA Weather Radio or alert system set on a cell phone with a tone alert feature. This will allow you to receive warnings issued by your local National Weather Service office. 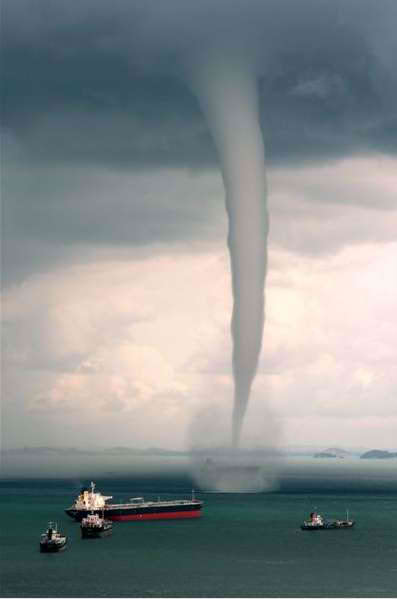 If You Live in a Mobile Home

Mobile homes are particularly vulnerable. Do not remain in a mobile home if a tornado is approaching. Predetermine safe shelter areas. When a tornado watch is issued, take shelter in a building with a strong foundation. If not, lie in a ditch or low-lying area a safe distance away from the mobile home.

If You are in a Car

Leave the vehicle immediately for safe shelter. Do not seek shelter in an overpass or bridge. If caught outside or in a vehicle, get inside a nearby building if you can, or lie flat in a nearby ditch or depression and cover your head and arms.

How to Prepare for Tornadoes

Waterspouts are weak tornadoes that form over warm water. Two major ingredients of the atmosphere for a waterspout to form are warm air temperatures and high humidity level. The islands and the shallow water along them help heat the air. During the summer, the air is extremely humid with temperatures in the mid-80s and low 90s. The heat causes the air to rise. As it rises, the air’s humidity condenses into the tiny water droplets that make up clouds. As water vapor condenses, it releases more heat that makes the air rise even faster. Rising air currents are needed for waterspout formation.

An important ingredient in the Keys is the regular east or northeast “trade winds” that blow right down the islands. Waterspouts tend to come from clouds with a dark, flat bottom when there is just a hint of rain. Waterspouts are most common along the Gulf Coast and southeastern states. In the western United States, they occur with cold late fall or late winter storms, during a time when you least expect tornado development. Waterspouts occasionally move inland becoming tornadoes, causing damage and injuries. Even though waterspouts are usually weaker than strong tornadoes over land, they can be a real danger to boaters.